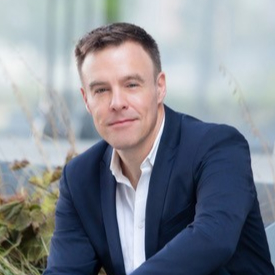 British-born, New York-based Mark Ellwood has lived out of a suitcase for most of his life. He is a contributing editor to Conde Nast Traveler, and an editor-at-large for luxury bible Robb Report. He is also a columnist for Bloomberg Luxury and the creator and co-host of Bloomberg’s Travel Genius podcast. Mark is also an ongoing contributor to Wall Street Journal and New York Times and the author of Bargain Fever: How to Shop in a Discounted World.

A frequent television host and contributor, Mark is a regular guest on NBC’s TODAY show as a travel expert guiding viewers to the best travel and flight deals available to destinations around the world and has also reported for NBC News and TODAY from the last three Olympics, in Russia, Brazil and South Korea. For CNBC’s prime time show, Filthy Rich Guide, Mark was a valued on-air panelist. Mark has also filed segments for ABC News from destinations as diverse as London and Sydney and has contributed to Good Morning America, 20/20 and World News. He has guested on CBS This Morning, CBS Sunday Morning, CNN, HLN, Rachael Ray, Access Hollywood and Extra.

After studying for an undergraduate degree in English Literature at Cambridge University and a Masters on a scholarship from the University of Chicago, Mark worked as a tour director leading art tours in Florence, Rome and Paris. After graduating, Mark moved to New York to become a journalist and host/reporter-producer, specializing in luxury goods, travel, fashion and contemporary art. Starting his television career with luxury network Plum TV, where he was a correspondent and producer for its weekly lifestyle show, Plum Daily, and for special live coverage of splashy events like Art Basel Miami Beach and Aspen's Food + Wine festival. He created and hosted its first-ever travel series, Local Currency, taking viewers to various European cities and helping them pass as a local.

Mark’s most recent book, Bargain Fever, explores our culture’s newfound obsession with deals, discounts and never paying full price, such as the unadvertised discount savvy shoppers can wrestle out of Prada staff with a few choice words or the woman who earns more than a $1m a year reselling coupons.

Among his favorite recent pitstops: a stint in China’s capital of cool, Chengdu, where the Middle Kingdom’s trend-setting millennials have embraced homegrown rap and fashion to watching an entirely different kind of rapper - the cowboy poets of Wyoming by the campfire. He has judged the finer points of vodka-swigging at the cocktail set’s answer to Miss World in New Zealand and spent a weekend on the remote island in Japan that’s home to a multimillion-dollar, Monet-powered art collection.